A Brief History of Cocktails 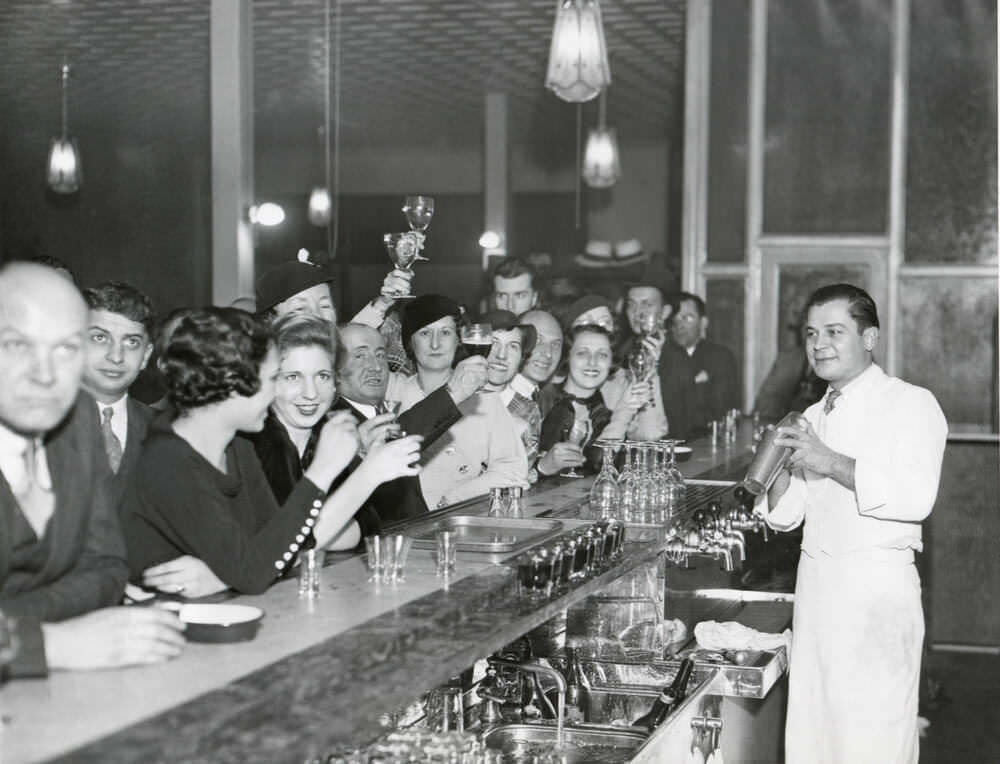 Cocktails have become an integral part of the modern party and events scene, but they’re not a new invention. The history of cocktails stretches back to the 1800s.

Cocktails have had surges and dips in popularity but have never completely gone out of style. Today, we are enjoying a renaissance of “mixology” with new concoctions appearing all the time as the drink to be seen sipping this season. Let’s rewind the clock to 1803 and find out where the nation’s love of cocktails began.

According to the Oxford English Dictionary, the term “cocktail” was first used in the U.S newspaper, The Farmer’s Cabinet on April 28, 1803, to describe, “a particular type of alcoholic drink, consisting of a spirit mixed with bitters, waters and sugar”.

However, it was not until Jerry Thomas wrote, “The Bartender’s Guide” in 1862 that cocktails became a staple in bars and a popular choice for the general population. By this time, cocktails frequently included a liqueur, but the use of bitters was seen as an integral element. Modern cocktails that conform to this original definition include the Manhattan and the Old Fashioned.

There is debate as to the linguistic origin of the word “cocktail”. Some believe the term derives from “cocktailed horses” — those that were not thoroughbreds. A cocktail is not a “purebred” because it’s contents are diluted by mixing different ingredients. Others speculate that cocktail could be a corruption of “cock ale”.

During the prohibition era in the United States between 1920 and 1933, alcoholic beverages were illegal. Cocktails, which combined fruit juices with alcohol, concealed the illicit ingredient and were a convenient way for the owners of speakeasies — and their thirsty customers — to get around this new, inconvenient law.

Cocktails also allowed bartenders to hide the diminishing quality of the alcohol they were able to get their hands on during this time. Furthermore, with wine and beer in short supply, a cocktail sweetened with honey and fruit juices was much easier to drink swiftly —  an important consideration when the threat of a raid continually loomed over the speakeasy and its patrons.

Many of the nation’s favourite cocktails were created amidst the sensation and decadence of the American speakeasies, where people gathered to dance, listen to jazz music and make merry. Drinks such as The Sidecar, the Hanky Panky, the Tom Collins and the Gin Rickey, led to an explosion of the cocktail industry during prohibition.

The first ice-making machine was invented in 1845 by Dr John Gorrie, but this essential cocktail ingredient was not easy to come by during the prohibition era. By the 1950s, 80% of households had a refrigerator (compared to just 1% at the end of prohibition) and 1953 marked the dawn of refrigerators with in-built icemakers.

People now had ready access to ice in their homes. This transformed the way cocktails were prepared and consumed, leading to another rise in their popularity.

Power Meetings and Martini Lunches in the 1980s

After a dip in popularity during the 60s and 70s, when drug culture became more prominent, cocktails experienced a resurgence in the 1980s. Bartenders often replaced gin with vodka to create simple fruity cocktail drinks during this period.

In 1979, Margaret Thatcher became Britain’s first female Prime Minister. Her appointment sparked an era of laissez-faire capitalism and a “decade of greed”. The cocktail industry boomed as business meetings were replaced with Martini lunches and party-goers embraced fun drinks such as the Fuzzy Navel and Long Island Iced Tea.

In recent years, traditional cocktails have experienced something of a renaissance, with drinks such as the Margarita and Manhattan topping the nation’s most favourite cocktail lists.

The nation’s thirst for cocktails, both old and new, continues to grow and evolve. Contact us to find out about hiring a mobile cocktail bar to make your event special. Our expert mixologists can recreate any of your favourite cocktails from the earliest creations to unique modern blends.

Get a free consultation

Whether you’re throwing a birthday bash, Christmas party, planning your wedding or organising a gorgeous garden party, we can offer the services you need to keep your guests’ drinks topped up and the smiles on their faces.